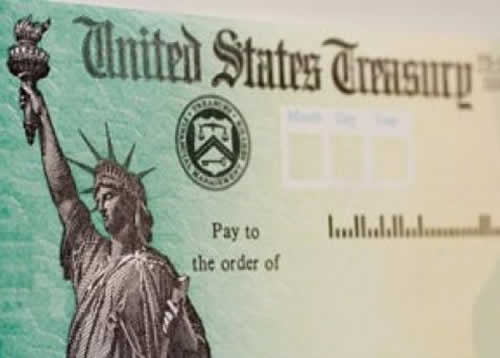 We’ve read a lot this summer about the titanic struggle between President Obama and Republicans in Congress. Each party claims the other side will force an unprecedented default on the national debt if the villainous opponent does not compromise. Let’s see how these claims hold up.

Two phrases we should consider are debt ceiling and default on the national debt. You don’t need to know a lot about how the federal government keeps its books to analyze these phrases. Moreover, you should be skeptical about what the parties to a debate like this say about how the federal government keeps its books. For useful statements about debt and default, we should look to our own resources. So let’s try to analyze the phrases this debate has brought into common use.

Now suppose the government is so short of money that it cannot pay holders of Treasury notes unless it borrows more money.  It claims that it must default on its debt if Congress limits the amount of money it can borrow. When you’re used to borrowing money from Peter to pay Paul, this kind of reasoning seems completely natural.

In a normal budgeting process, however, the claim carries no weight at all. No condition in the original loan stipulates that you must borrow money to pay it back. The original loan states only the amount and the date that payment is due. It also states the rate of interest. That’s it. The means of payment is open.

So why can’t the government pay holders of Treasury notes from current revenue? “That money is already committed,” says the treasury. Why’s that? “Current revenue never covers all of our commitments. We have to borrow to pay our debts, and to cover just about all of our expenditures.”

By now you want to ask, “Are you nuts? You want us to think that a debt ceiling forces you to default because you borrow to pay for everything?” Well, not everything, says the government official, but a lot of things. “Why don’t you stop spending so much? Then you could meet all your obligations from current revenue.” We just don’t do that, says the government: never have.

So that’s what it comes down to: the government claims that if the Congress doesn’t raise the debt ceiling, it has to default on its debt. When you ask why that’s the case, the answer is no answer at all: that’s just how we do it. We always borrow to pay off our debts. When you ask why you can’t use current revenue to pay off your debts, the answer amounts to little more. Obviously we can’t do that, because current revenue is committed elsewhere.

When you ask why we can’t reallocate current revenue to cover payments on the debt, you get the most revealing answer of all: it’s too late for that. Oh, really? You’ve known about the debt ceiling for how long? How did you plan to pay off all your obligations when you reached the ceiling?

Congress always raises the ceiling when we reach it. We don’t have to stop borrowing just because we reach the ceiling. Congress knows that. The taxpayers know it, too.

What if the taxpayers don’t want to borrow any more? What if they don’t want to see so much of their money go toward interest on the debt? How do they get the government to stop borrowing so much money?

They can elect leaders in Congress who won’t increase the debt ceiling.

The taxpayers did that months and months ago! You’re telling me the government still wants to borrow more money?

Don’t you understand? The government always borrows money. You tell the government it can’t borrow, and it has to default on its current debt. It ‘s doesn’t have any other way to pay.

That’s preposterous. The government has lots of revenue, and tons of time to plan. It’s just not possible that the budget process could yield an instance where the government has to default on its IOUs just because it can’t borrow more money. No accountant would ever believe something like that.

No, we’re not, but we don’t think that much about taxpayers. If you think about the taxpayers too much, you don’t get anything done.

Like reallocating current revenue to payment of our debts?

What if the taxpayers insist on it?

Give us a break – whose interests do you think we’re serving here?