Experienced as Benjamin Netanyahu might be with political opinion, I’m not sure he entirely understands the climate that awaits him here. U. S. citizens have heard so much fear mongering from their own government since 2001, they may not be so receptive to Bibi’s fear mongering about Iran. We know there’s trouble out there in the world, but fear of Iran detonating an atomic device doesn’t keep people on edge at the moment. Even in Israel, less than thirty percent place national security concerns at the top of their political agenda. Twice as many people say domestic issues are more important. 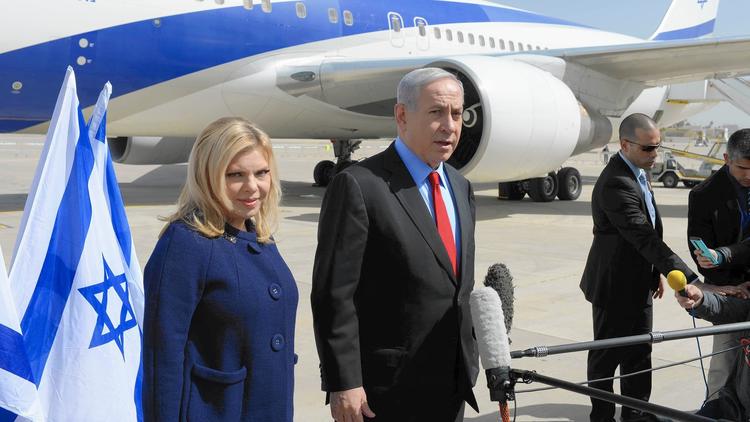 If Netanyahu thinks he’ll round up support for his leadership in Israel by giving a foreign policy speech in Washington, he can probably save himself the flight. He should fly to Tehran, to tell the people there he is no terrorist. People like Susan Rice say that he harms relations with the U. S. administration by speaking to Congress, with no by-your-leave from the White House, but honestly, could relations have been worse to begin with? Barack and Bibi have no love lost; everyone knew that long before Tuesday’s speech.

Should Israel launch a war with Iran, one question is whether they would do it with or without Washington’s blessing. If they cannot win the administration’s support for their aggressive stance toward Tehran, at least they can seek a sympathetic ear in the U. S. Congress. That’s the symbolic meaning of Netanyahu’s speech, not a supposed snub of the White House. If the president’s foreign policy people feel snubbed, they feel snubbed. Netanyahu wants to keep Israel safe. He knows he may muster some allies in Congress. He won’t find anyone at the other end of Pennsylvania Avenue to go to bat for him.

That brings us back to the American people more broadly. Big subjects of conversation inside the Washington bubble, like the one about John Boehner’s invitation to Benjamin Netanyahu, just aren’t big subjects of conversation anywhere else. We have to listen to the bubble conversations simply because the capital has a microphone, a big amplifier, and a nationwide speaker system. They know how to project themselves. Via their lackeys in the media, they know how to create an appearance of influence and an impression of weighty activity.

Would that someone pulls the plug on the whole sound stage. Would that the army of self-important people inside the bubble shuts up. Even when the subject of conversation is important to the rest of us, the capital’s manner of discussion corrupts the substance, as if you must listen to quacks, hucksters, thieves, and crooks. Let Netanyahu give his speech and go home. He cannot solve our problems, and we certainly cannot solve his. Give him a flag pin for trying, though.

I listened to Netanyahu’s speech live at the Reuters website this morning. It was not a bad performance. The speech was a well reasoned critique of the administration’s current course. It was certainly a warning, but did not include fear and war mongering we have learned to expected from neo-cons on this side of the Atlantic. Netanyahu’s fundamental argument is sound: Iran must act like a member of the international community before the international community concedes anything on the nuclear front.

In Benjamin Netanyahu’s coming speech to Congress, a message for Israel