In 2003, when American troops first rolled into Baghdad, they destroyed the Iraqi state and its institutions; for the next eight and a half years they tried to build something to replace it. The truth is that the political system imposed on the Iraqis has never worked very well without substantial U.S. involvement; since the Americans left, it hasn’t worked at all. American diplomats and military advisers can’t save Iraq and they can’t govern it, but the decision by President Obama to return to Iraq amounts to a recognition that there was work left unfinished. It’s likely to be a long and difficult job. ~ Dexter Filkins, New Yorker

Once upon a time, a king named George sent his army to another land to conquer it. His lord chancellor Richard told him the conquest would make him even more powerful than he already was, and his subjects would love him. The king wanted to bring democracy and freedom to people around the world, to everyone who did not enjoy its benefits. He also wanted to rid the world of evil doers. Richard did not counsel caution. He counseled action. He did not raise doubts about George’s mission. He told the king everything he needed to hear.

Things did not go as planned in the newly conquered land. George’s new subjects overseas did not love him. He wanted to make his kingdom more prosperous; instead he wasted its resources. His army fought for years to subdue the new country, only to return demoralized and, ultimately, defeated. The army that had made him so powerful did not want to fight anymore. The proud citizens who sent their sons to war wanted to keep them at home. The king, so loved − or at least respected − before the war, now found that when he went out to greet his subjects, they spat in his direction. They could not stand to be near him.

Meantime, as the consequences of the war worsened, his lord chancellor receded from the public view. Let the king take care of his own problems. The king began to lose confidence, began to see that the advice Richard had given him might not have been so sound. From happy celebration at the first victories, the king became discouraged. Immature and callow when he came to the throne, he began to understand that the war he started would never bring him the good will he needed, nor would it secure his kingdom’s place in the world as a force for good. He understood that people everywhere regarded him with contempt. 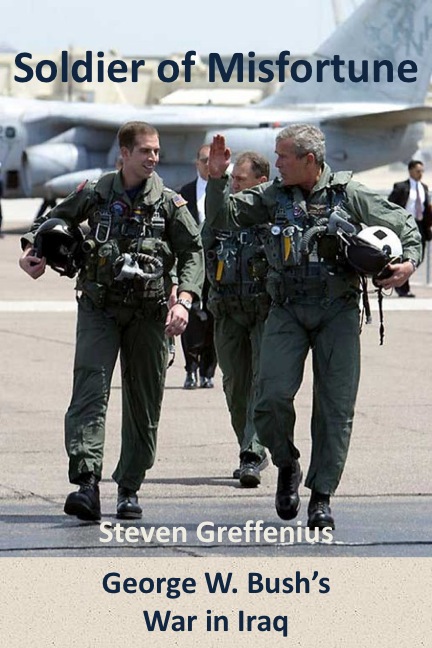 The king swaggers before he falls.

Richard experienced none of these doubts. When George, along with his advisors, left the palace for good, Richard opened up with his charges. He blamed the new king for everything that had gone wrong, all the disasters Richard had not foreseen. The new king, practiced in the same arts of evasion, dishonesty and accusation that Richard had learned at court, simply responded in kind. The new king blamed George, just as Richard blamed the new king. For all citizens could tell, not one of their leaders accepted responsibility for anything. People began to hate their leaders rather than admire them.

Before long, people began to hate each other. Unhappily, they could not do anything about bad leadership. Rather they divided themselves into groups, accused each other, and organized to defeat people they did not like. They had stirred up such hatred against themselves overseas, the same feelings came home. Nothing felt right anymore. People – soldiers especially – began to kill themselves. Families had a hard time. The war had done something bad, to everyone, but no one was sure what it meant.

Long after George and Richard died, the kingdom fell apart. No one regretted it. The kingdom had started out as a bright shining city on a hill, an example of freedom for people everywhere. By the time it died, everyone wished it good riddance. It could not pass from history’s procession of empires soon enough. People remembered only its crimes, for its crimes came near the end. People remembered only its failures, born of pride, for those too came near the end. Once upon a time a king named George sent his army to another land, to conquer it. Nothing afterward turned out the way he hoped. Nothing could save him or his kingdom after Richard had his way.

All great empires come to ruin.

Choices at the Top

Why the U.S. Failed in Iraq

Soldier of Misfortune, by Steven Greffenius