Arizonans need our support. Support every community and every individual who oppose border patrol checkpoints. This issue affects all of us.

To start – it’s kind of a minor linguistic point but still an important one – observers from out of state should not call protesters ‘locals’. It’s a little demeaning, and it suggests that their fight belongs only to them. Their fight belongs to everyone who believes the feds have run amok since 9/11. I find myself thinking so often of the Peacekeepers in the Hunger Games. That is the world we have entered. The border patrol agents act like those Peacekeepers.

Second, civil resistance is the effective path. If violence occurs – we know it will, because it already has – let the border patrol initiate it. A border patrol agent in New York state who didn’t like the attitude of a woman who objected to her treatment, tased her. That’s how they treat people who stand up for themselves. If you want to get by a checkpoint without suffering some kind of abuse, you have to be totally submissive. Respectful isn’t even the word for it. You better be careful if you even make eye contact.

Let the entire world – Arizona, the Southwest, the United States, North America, and other countries overseas – see that force underlies this operation, and sustains it. Its main purpose is not homeland security, but control. NSA convinces itself that domestic spying is essential to protect our homeland, but it is only an excuse to do whatever the agency wants to do. The same goes for border control checkpoints. The point of it all is a show of force, and demonstrations of force always aim at intimidation and submission. We are talking about power here, not protection. 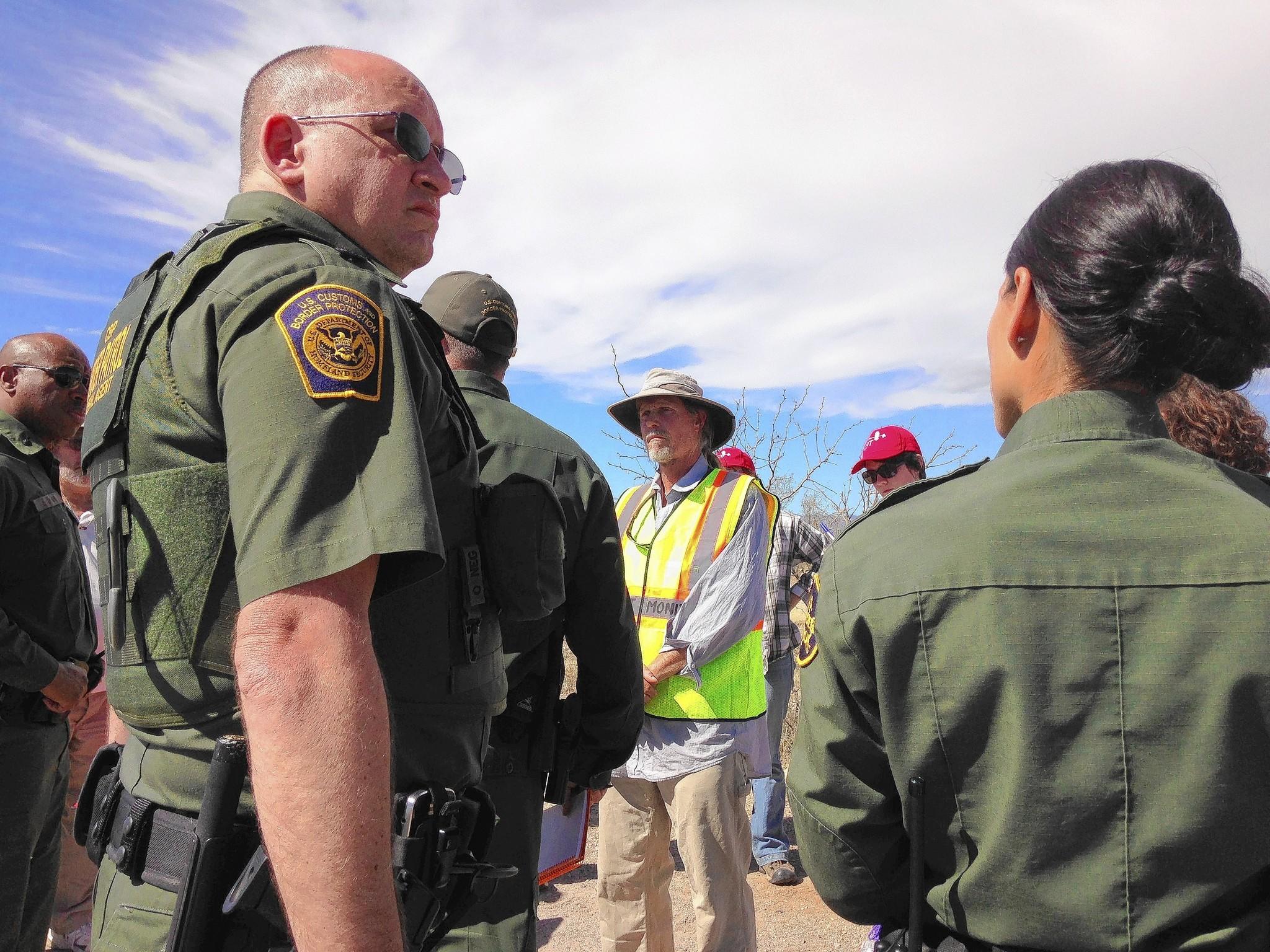 To stand up to people who want to use force against you takes a lot of courage and persistence. We need to support the people who engage in civil resistance as much as we can. They need us, and we need them.

Several years ago, Arizona enacted strict immigration control policies. The unhappy result of the law was that if you looked like you came from south of the border, state authorities could demand that you produce documents on the spot. Many in the rest of the country disapproved of the legislation, so strongly in fact that some hinted Arizona ought to secede, if it wanted to be that way. They suggested the policy and its enforcement was too out of step with the rest of the country.

It wasn’t out of step with ideas at Homeland Security’s U. S. Customs and Border Protection. You almost feel border control interpreted Arizona’s strict policy as an invitation to come in and set up their Hunger Games practices. They miscalculated, however, if they thought Arizonans would submit too readily. The whole Southwest, and West for that matter, does not tend to think of the federal government the same way people on the East Coast do.

I wanted to recall these attitudes about immigration policy and border protection, inside and outside the state, not to raise a sensitive point from Arizona’s recent history. Rather, I want to suggest that Arizona, like Texas, participate in a regional conversation about withdrawal from federal authority. Discussion along those lines would compel people’s attention, and would force Washington to confront real consequences of its policies.

Proposals of secession, resistance to federal authority, and all the discussions that go with such actions will not make federal agents clear out of Arizona. Organized resistance in Nevada, however, did make the Bureau of Land Management back down. If a law enforcement officer has a firearm, you might be shot. No signal or campaign of resistance will help citizens of Arivaca and other communities in the near term. Nevertheless, current resistance highlights the importance Arizonans place on issues of border control, and on freedom of movement within the state’s own borders.

Eventually the feds showed up with a military style enforcement operation, not to work with state authorities, but to intimidate everyone they dealt with. Not long after many Arizonans decided the feds would never get its immigration act together, federal agents imposed an odious regime of checkpoints, searches, demands for documents, and other police state measures. They have established these checkpoints in a wide band across the southern portion of the state. The band extends north of the border one hundred miles.

For all that airport security is a nuisance, everyone can see that employees of the Transportation Security Administration are trained to be polite. More than occasionally, they smile and treat travellers in a friendly manner. They do not carry weapons. They do not employ dogs. They do a fairly difficult and monotonous job competently, and they try not to make their presence objectionable. Intimidation is not part of their calling card. You know that if border patrol agents acted the same way as TSA employees, Arizonans would not have organized protests.

Yes, that would be picking a fight, but that’s just what we need.

Angry Arizonans Confront Agents at Border Patrol Checkpoints: “Our children live in a world where they pass through a military-style checkpoint every morning and afternoon for school.”

Revolution on the Ground for Nook

Revolution on the Ground for Kindle

Revolution on the Ground at Smashwords