What is worse: a place where criminals go unpunished because their power protects them, or a place where they go free because no one can imagine they have done anything wrong? To start an answer, let’s compare Bill Cosby, a serial rapist, with the NSA, an organization that routinely violates the Fourth Amendment. Bill Cosby’s reputation as America’s Dad endured despite what many people knew about his concealed crimes. Similarly, people who pay attention to national security affairs – especially government’s employees and former employees – know the NSA conducts illegal operations, and have known it for a long time.

Until 2014, Bill Cosby was a beloved national symbol. Consider what had to occur before people accepted the extent of Cosby’s criminality. First, Cosby took advantage of his fame and respect to commit crimes he could not conceal forever, because they involved assaults on other people. Second, a colleague, Hannibal Buress, had to say something about his behavior in public, in this case during a stage performance in Philadelphia. Third, a member of the audience recorded that portion of Buress’s remarks, and posted the recording on the internet. Fourth, more than fifty victims of Cosby’s assaults confirmed Buress’s claim, in public. Fifth, victims corroborated each other: their detailed accounts indicated Cosby drugged his victims in advance, then did with them as he liked.

Like Hannibal Buress, one man brought down the NSA, an agency many trusted to protect the country. Edward Snowden arranged to publish evidence of what many suspected, though citizens could not know the extent of NSA’s illegal programs. The difference in the NSA’s case is that you don’t fool with the federal government. Buress joked that “you’ll never be able to watch the Cosby Show the same way again.” The feds do not appreciate humor, and Snowden did not show them any. They forced Edward Snowden into exile, and even promised they wouldn’t torture him if he returned to the United States. Interesting bargaining chip. 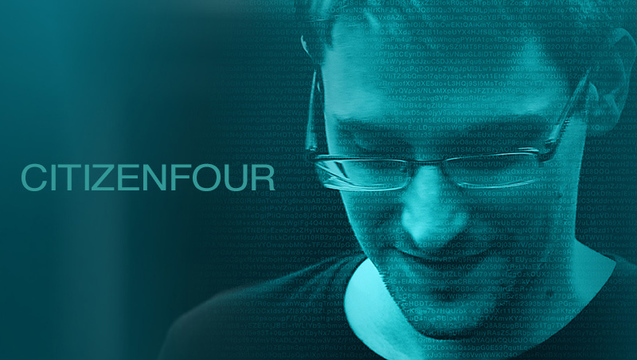 When you publish the feds’ secrets, their ministers of justice will hunt you down. Consequently no other former NSA employees stood up to corroborate Snowden’s evidence. Everyone who knows Snowden is correct also knows what happened to Chelsea Manning, sentenced to Leavenworth for thirty-five years. They know what happened to Thomas Drake, a senior executive at NSA who tried to reveal the truth about his employer years before Snowden took action. The federal government charged Drake under the Espionage Act. Snowden lives in exile. Civil resisters Daniel Ellsberg, William Binney, Thomas Drake, and Chelsea Manning all inspired Snowden to act. Yet government deploys decorated officials and toadies – people who consider themselves patriots – to speak in its defense, so many of them that some people still see Snowden as a traitor.

The huge difference between Cosby’s crimes and NSA’s crimes is that Cosby cannot use the legal system to lock up his victims and accusers. The federal government freely uses its own legal system to protect itself from anyone who reveals information it considers a secret. Cosby’s accusers found solidarity and strength in their numbers, in their common experience of violation and betrayal by someone they had trusted.

No strength of numbers can unite people who know Snowden, Drake, and Manning speak the truth, who can corroborate what they say, since the law says they must go to prison if they reveal government’s secrets. They face the same choice, alone, that civil resisters face under the national security state: be quiet or go to jail. If you decide to reveal secret information, the federal government declares you an enemy of the state, and uses all of its power to isolate, silence, and punish you. If you reveal government secrets, your life is over, your freedom gone.

Beverly Johnson as a young model.

Beverly Johnson, a model who realized instantly that Cosby had drugged her when he served her coffee in his home, credibly tells the story of her close brush with rape in Vanity Fair. The number of people who told similar stories – victims of assault who failed to fend Cosby off because they succumbed to his drugs – clearly swayed people’s perceptions of Cosby during the last year. No such process can occur for the national security state. No backup exists for Snowden, Drake, or Manning. Cosby could not silence his accusers and victims. The national security state can silence anyone it likes.

Bill Cosby Drugged Me. This Is My Story.

Cosby-Buress effect: how to use social acceptance to dismiss criminals

Political Crimes and Moments of Truth